In the budget for the fiscal year 2076/77 unveiled on the parliament by Finance Minister Dr. Yuba Raj Khatiwada, Government has decided to hike the salary of non-gazetted government officials (Nayab Subba, Kharidar and Office Assistant) by 20 percent and that of gazetted officials (Section Officer, Deputy Secretary, Joint Secretary and Chief Secretary) by 18 percent.

The increment was made to increase the morale of the civil servants and lead to effective service delivery to the general public and the nation.

Following the pay hike, the Ministry of Finance released the latest salary sheets for the beneficiaries, which will be effective from Sharwan 2076.

The figure below gives information regarding the latest salary of Government Officials of Nepal. 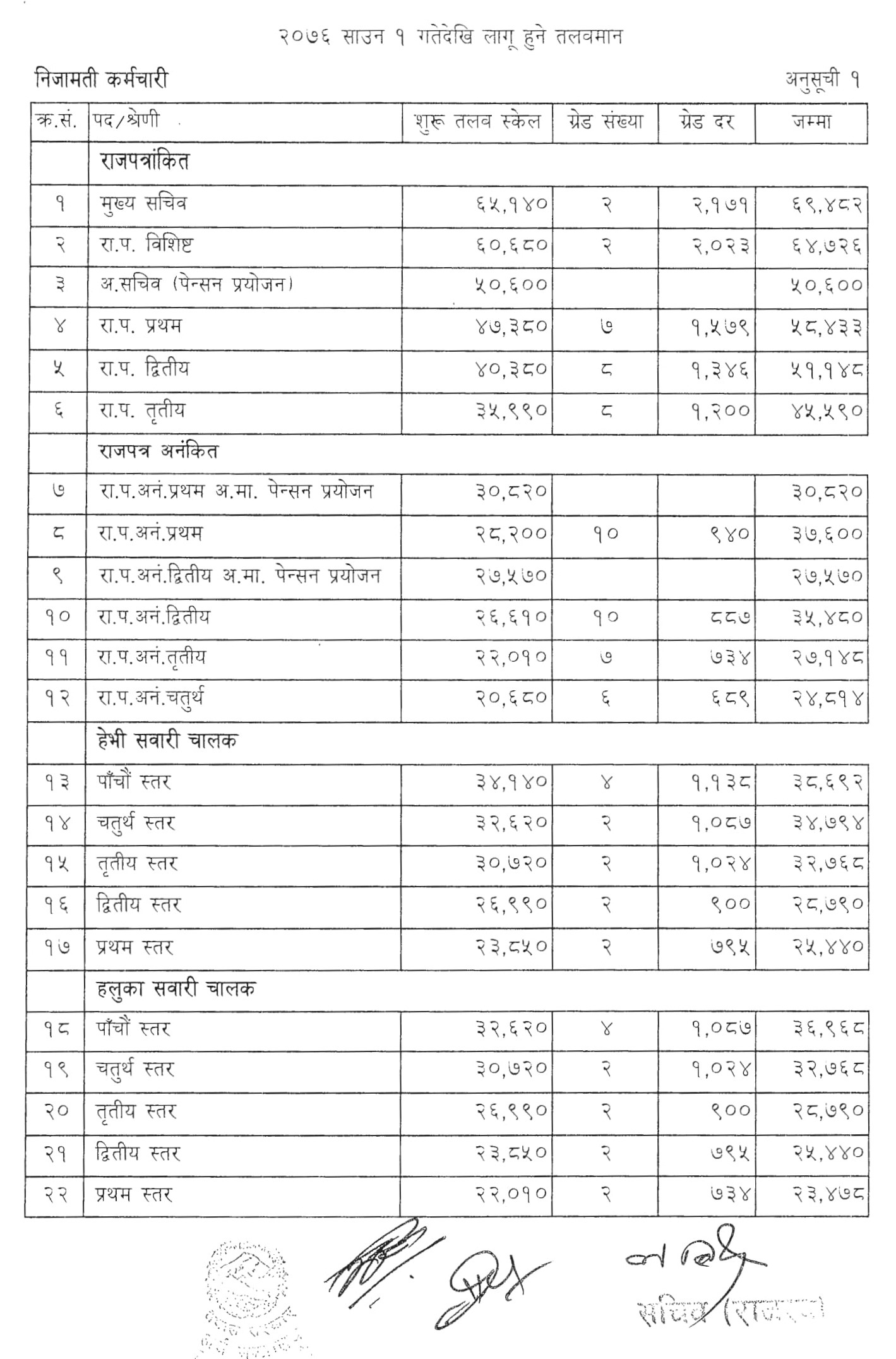