In the Education 2.0 Conference held at Intercontinental Hotel, Festival City, Dubai, Mr. Laxman Pokhrel, Executive Director of Phoenix College of Management was awarded with a prestigious “Outstanding Leadership Award”. The conference was held from 16th December to 18th December, 2022 where profound educationist, professors were awarded during the ceremony for their contribution in the education field. 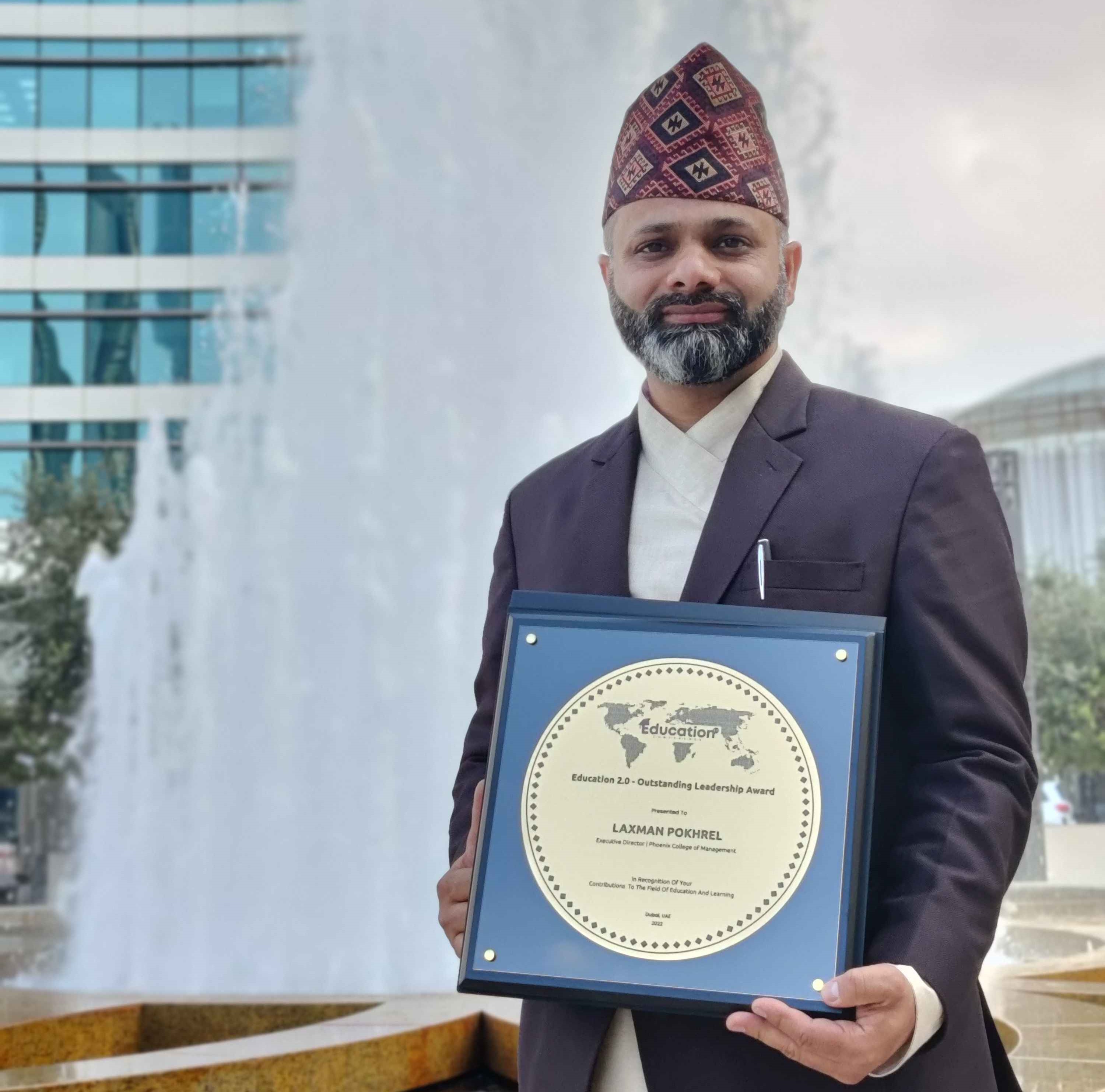 Mr. Pokhrel was also amongst one of the panelists during the Panel Discussion session “Genius Hour: Bringing Creativity and Innovation Back to the Classroom” which was organized on the second day of the Education  2.0 conference.

The conference, organized by Infinium Events, is being held at two different countries i.e. Festival City, Dubai and Las Vegas, USA. Various avenues have been addressed in the conference such as Education, Health, Internet, Money, Law and Marketing.

While receiving the award, Mr. Pokhrel shared a few words dedicating the award to his country, family, his students, college, employees as well as all the people that supported his journey to this award. He has  shared to impart the knowledge that he has learned from the conference  to the upcoming generation back in his country.