An infographic representation of education data of the year 2019 AD. 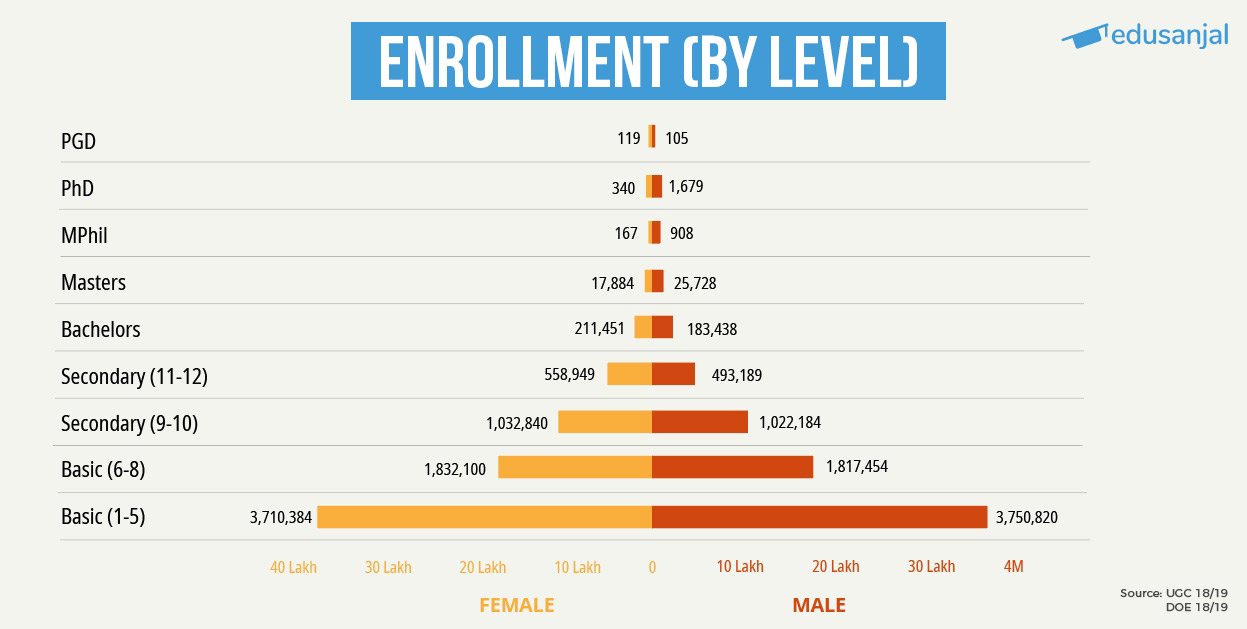 The number of students enrolled in basic level (1-5) grade is almost double the number that enrolled in basic level (6-8) grade. The number further decreases by almost 45% for the secondary level (9-10) and almost 50% for the secondary level (11-12). The enrolment can be seen regressing with maximum enrolments in basic level and only a few hundred in advanced PGD level. Similarly, the gender distribution for Basic and secondary and undergraduate (Bachelor’s) levels appears to be balanced whereas, at the Master’s level number of male students are higher by 8%; in MPhil and PhD levels only 16% and 17% (the numbers are rounded off to the nearest percent) of the students are female. At the PGD level, the difference is only 5%. 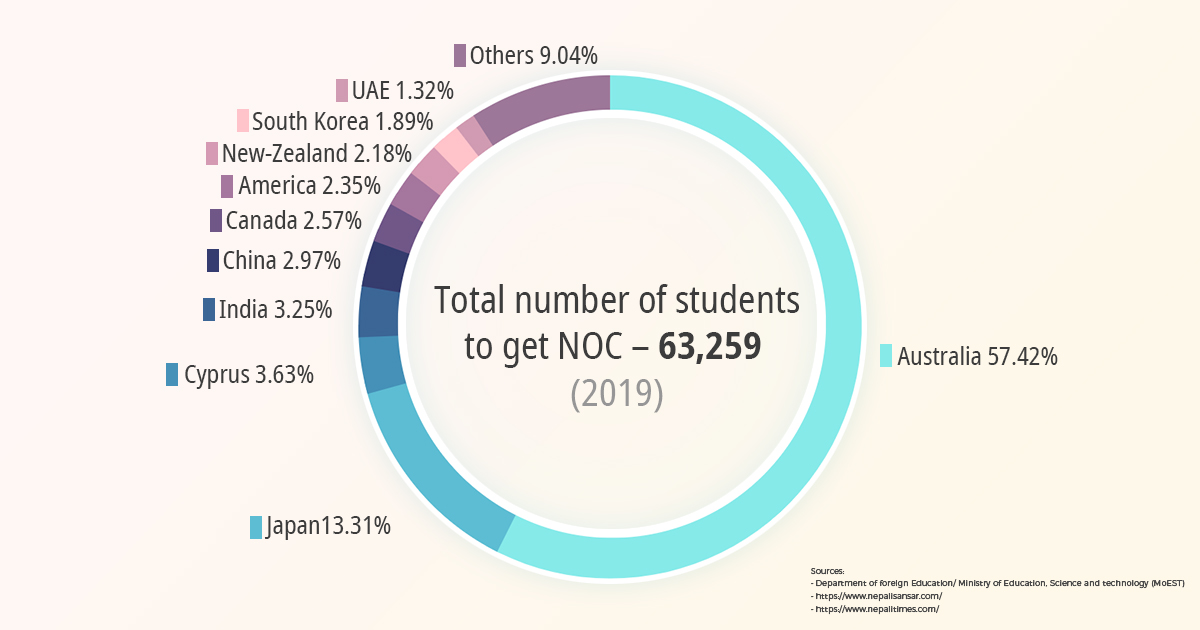 As per the department of Foreign Education, MoEST, 323,972 Nepali students are currently studying abroad. That makes up 2.16% of the total student population of the country.

Among the students who applied for NOC at the Abroad Study Permission Section of the Ministry of Education, Science, and Technology, 57.42% applied for Australia. After Australia, Japan comes up as the most favored destination among Nepali students vying for foreign education. India and China stand as 4th and 5th most favored countries respectively. Altogether Nepali Students have applied for 69 different countries this year as per Nepali Times.

The ratio of educational institutes to students in Nepal

The above data presents the school/colleges to student ratio. According to the findings the ratio of students per school for Early Childhood Educational Development or Pre- Primary level is 27.05. For basic, to secondary level, the ratio is 205.80. For Bachelor's level, there are 302.37 students per college whereas for Master's level the number of students is almost half as that of the Bachelor's level. The ratio stands at 144.90. Similarly, there are 6 institutions that facilitate MPhil level students and 14 that facilitate PhD level students. The campus-to-student ratio for the two stands at 179.17 and 144.21 respectively. Finally, for PGD level students there are a total of 7 institutions facilitating PGD studies and a total of 224 students enrolled in the degree program, meaning there are 32 students per institution. 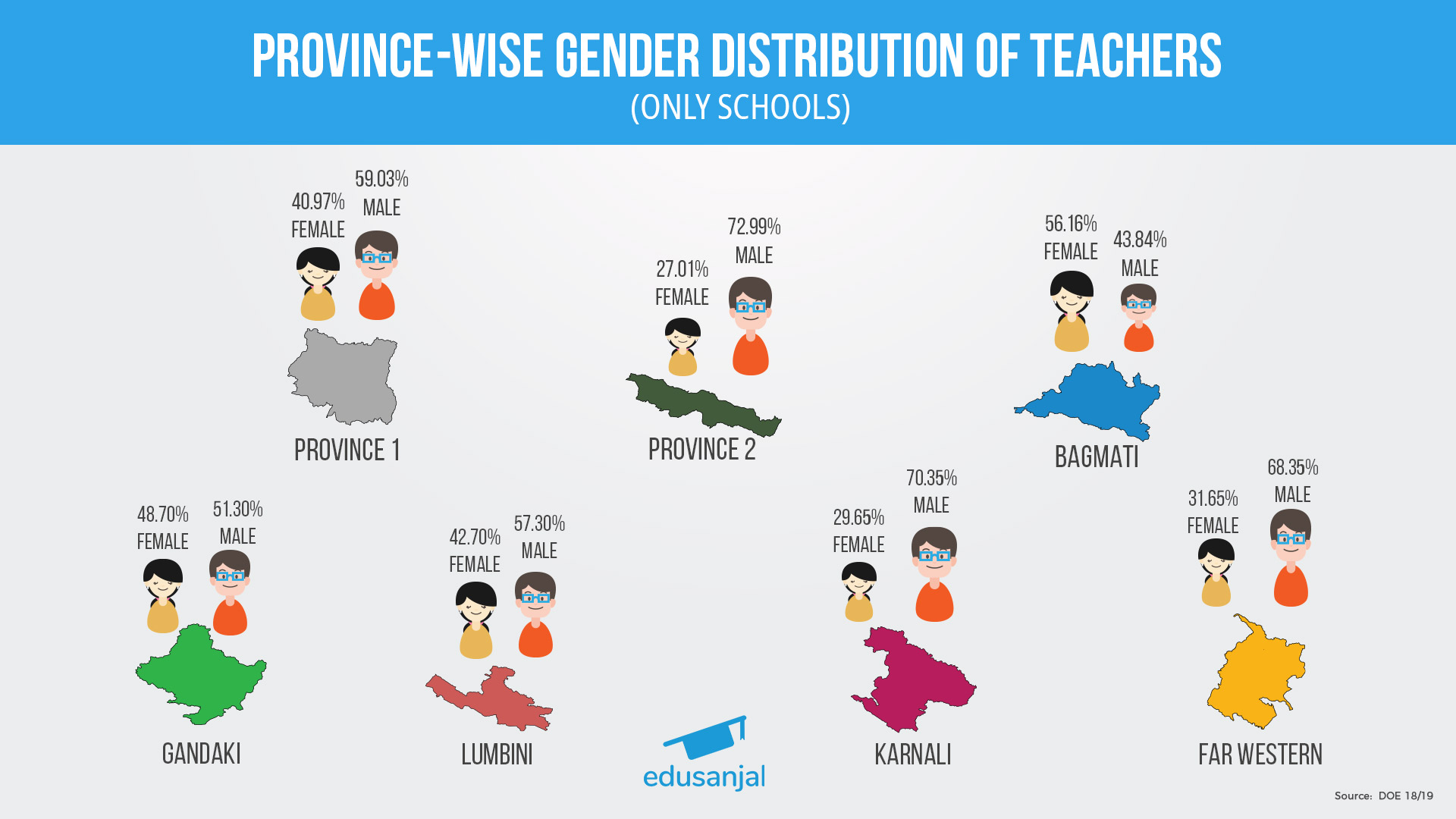 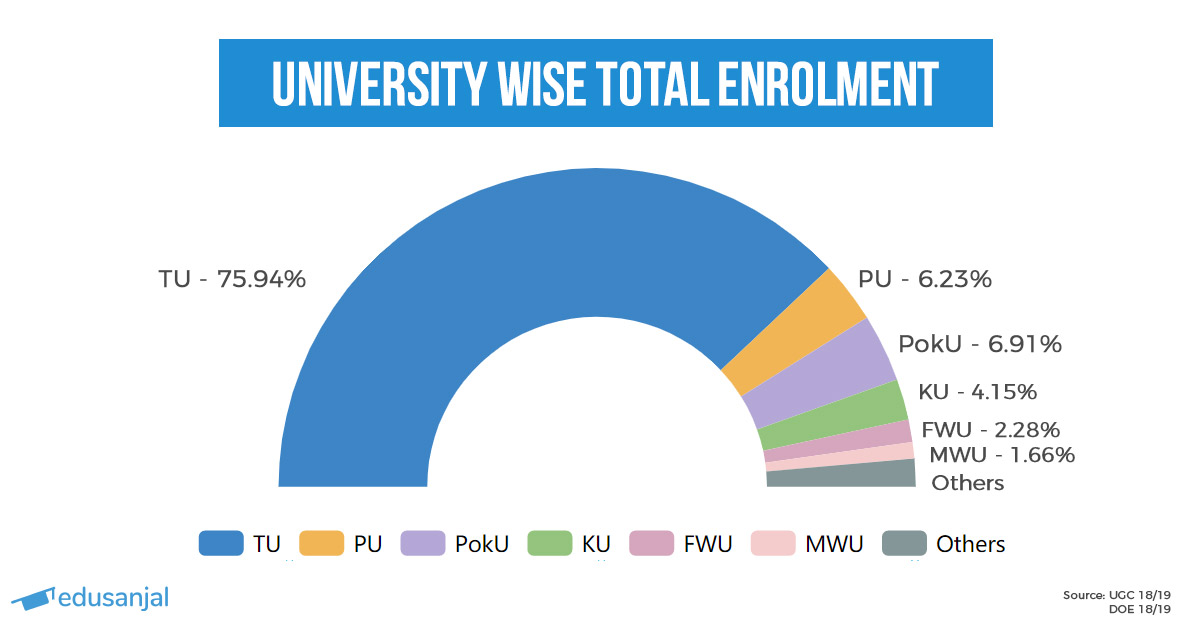 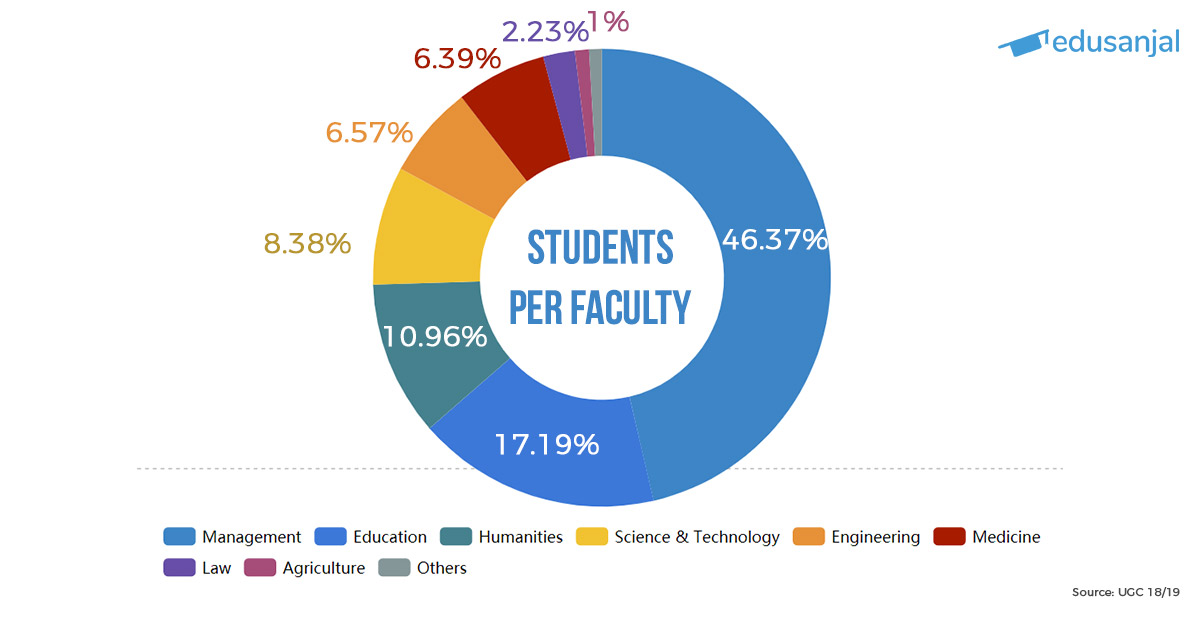 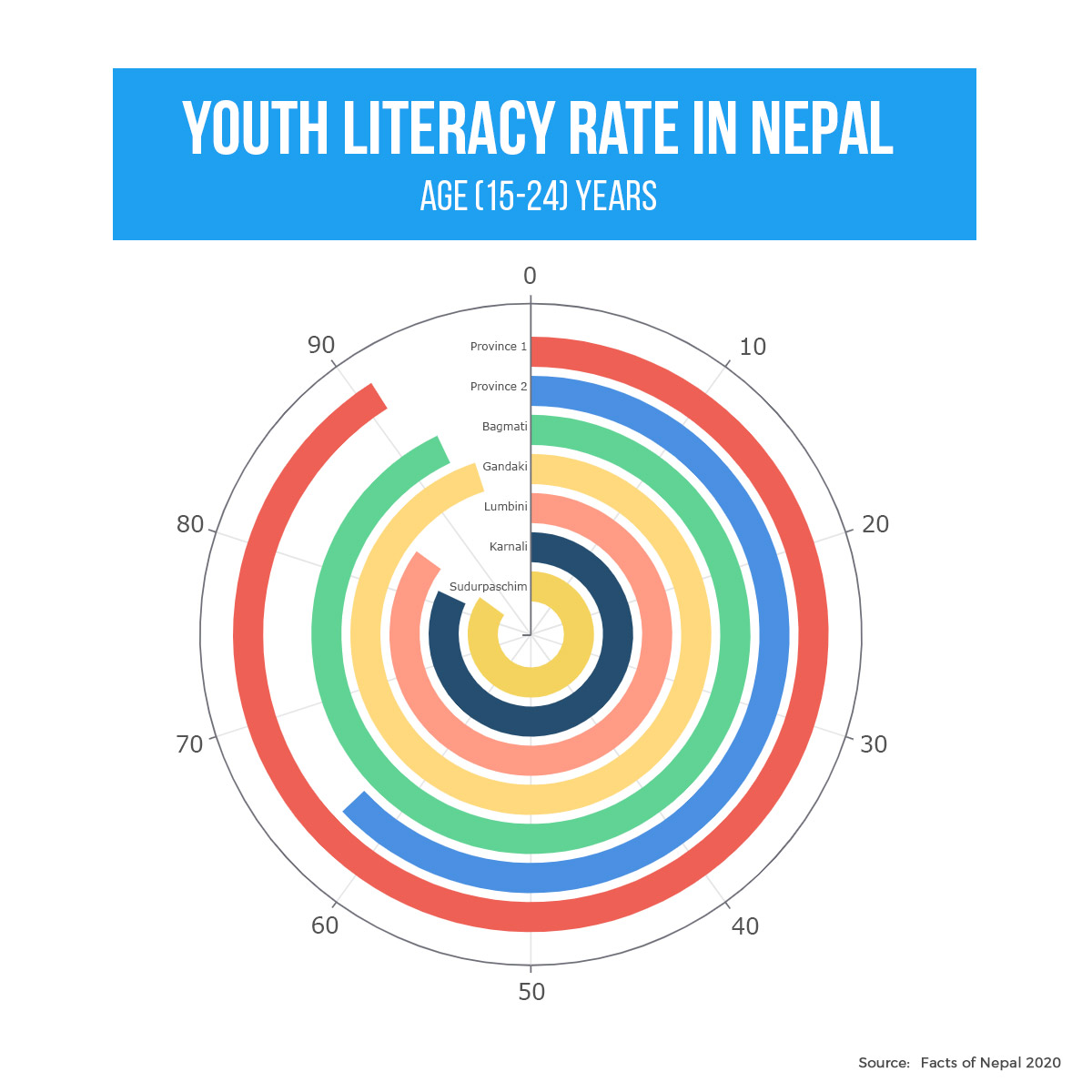