Professor Dr. Nanda Bahadur Singh, Vice-Chancellor of Mid-West University, has been honored this month by the Edusanjal Person of the Month for the month of September.

Edusanjal has announced to hand over a letter of commendation and insignia to Vice-Chancellor Prof. Dr. Singh in a few days in recognition of his contribution in the field of education. Rajan Koirala, CBO of the Edusanjal, said that the professor's plans for higher education in Nepal, his action plan since becoming the Vice-Chancellor, and his activism and contribution towards the overall education of Karnali Pradesh are being appreciated. 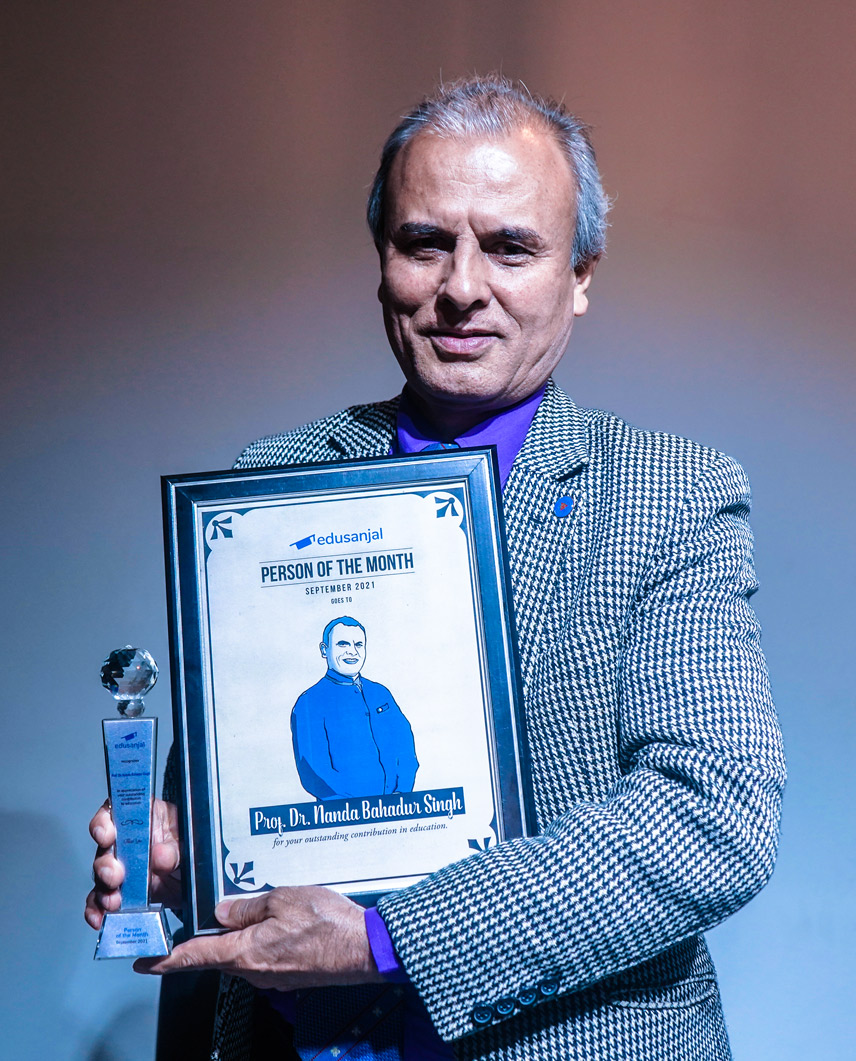 Dr. Singh, keeping an interest in education and science from a very young age, was the only one who passed SLC among his 256 peers in Dailekh in 2036. He did his PhD from Japan in Human Genome, DNA, and Crime Investigation. He also has a degree in BA in English Literature, and BA Major English.

After receiving his MSc in Zoology from TU, he began his teaching career. He also spent six months as a visiting professor at Yamagata University in Japan. He was an Associate Professor of Zoology at Tribhuvan University's Center Department. For the past year and a half, he has been serving as the Vice-Chancellor of Midwestern University.