Below is the list of all the education ministers since the inception of the Ministry of Education in Nepal in 2007 BS:

The Minister of Education, like every other minister in the council of ministers, is selected from among the members of the federal parliament by the President on the recommendation of the Prime Minister.

The political appointee leads the entire Ministry that is stationed inside Singha Durbar in Kathmandu. As per the constitution of Nepal, The Minister of Education is individually responsible for the Ministry's overall work and reports to the Prime Minister and the Federal Parliament. Minister of Education sits above all others in the organizational structure and leads all the divisions under it. The Minister of education oversees the process of formulating educational policies and plans along with management and implementation of the same. The Minister is also responsible for designing the educational budget plan and sharing it with the Ministry of Finance (MOF) and is thus accountable for constructing major education action plans for the fiscal year.

According to the federal structure of Nepal, the Minister of Education is also responsible for administering provincial governments, which further administers local governments. With the country progressively following the federal structure, provincial and local governments are granted more power in planning and executing education policies; this decentralizes the primary function of the education minister to the local administrators. However, the Minister has the added responsibility of regulating the local bodies and ensuring accountability from them.

Nripa Jung Rana was the first education minister of Nepal. 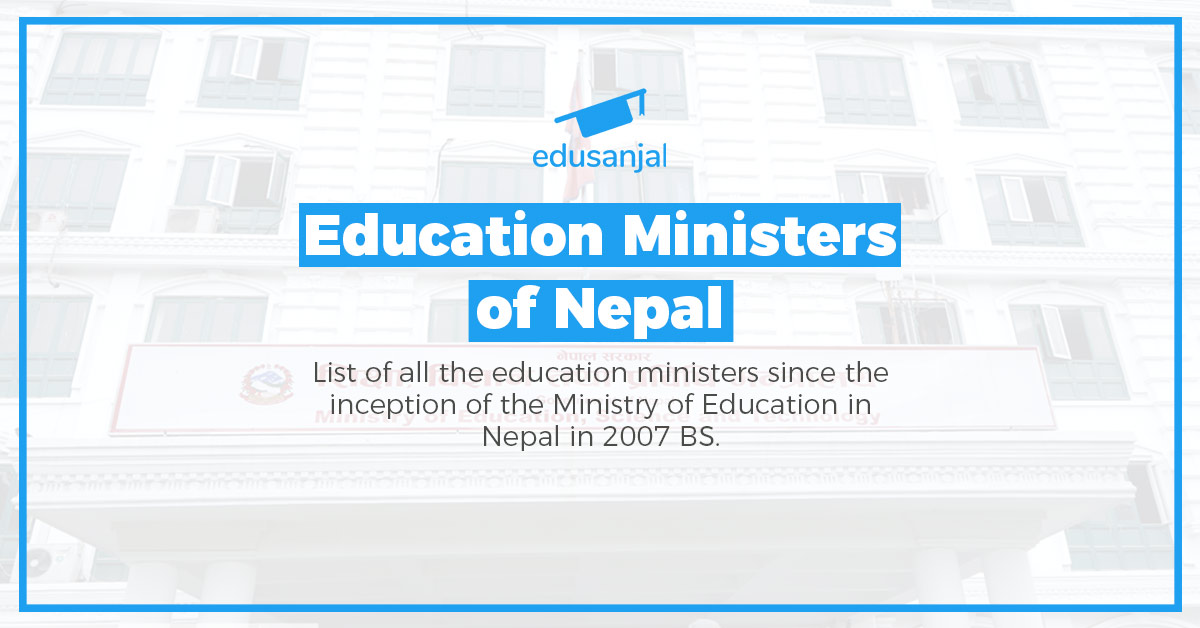