The long-running fee issue in medical education has emerged once again in the application process for the academic year 2021. The Medical Education Commission in Nepal oversees and regulates medical education and accreditation, fee and others. Despite the fact that the commission set clear fees for medical education at the undergraduate level, it has been revealed that universities and medical schools have raised the cost on their own. It has been discovered that excessive fees are being levied, particularly to international students.

The cost that foreign nationals would have to pay for each program will be 1.6 times greater than Nepalese students' fees, but colleges and institutions have been discovered to charge more. The commission established the cost of MBBS as NRs. 4,032,250, which multiplied by 1.6 equals 6,437,200, the real cost of MBBS for international students. However, the Institute of Medicine, Tribhuvan University has put the cost of MBBS at $90016, which is more than NRs. 10,000,000. A similar disparity may be observed in the costs for the BDS program. 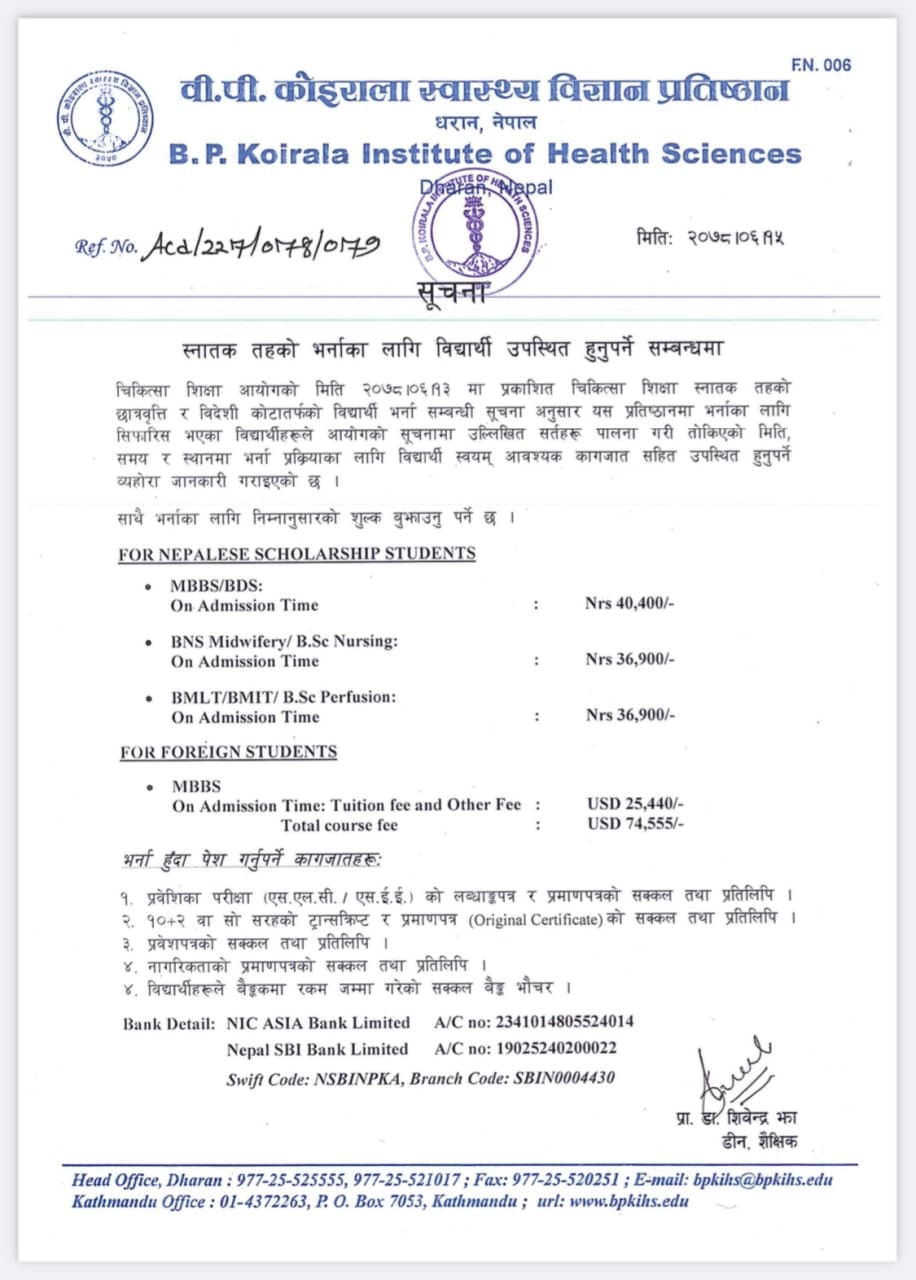 Similarly, B.P. Koirala Institute of Health Sciences is found to have put the price for MBBS for foreign students at $74555 which sums to more than 8,000,000. 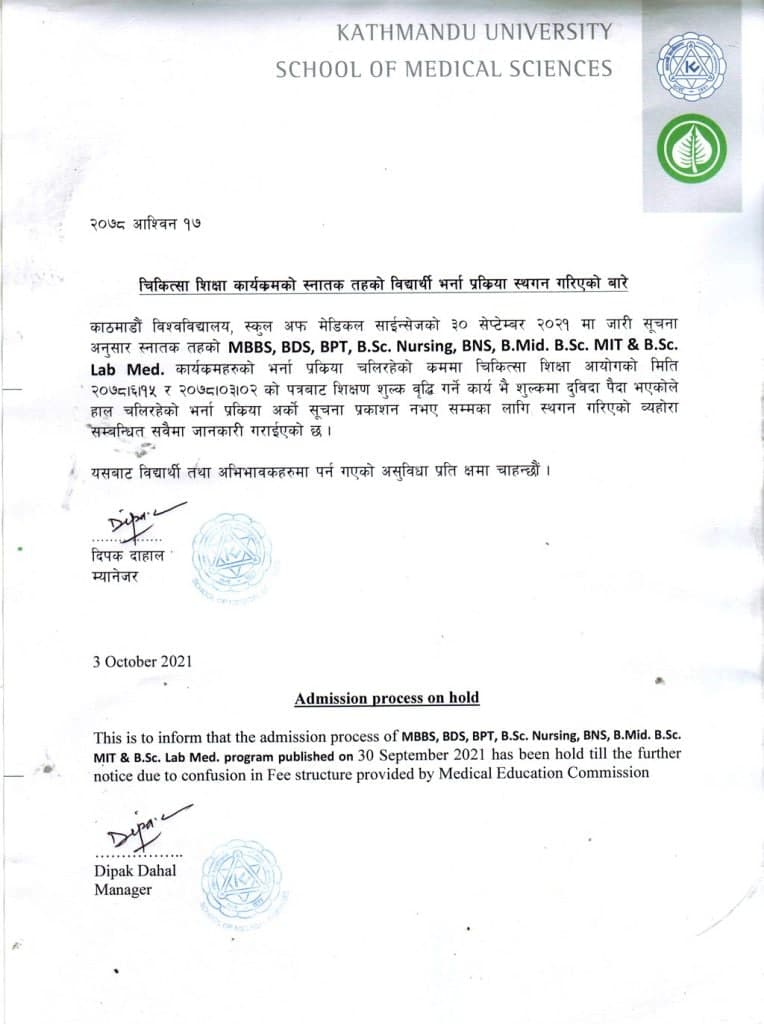 The commission also hiked the cost for BSc Nursing from 750,000 to 1,000,000 without notifying the universities, according to Kathmandu University. The university insists that the admissions process would resume only once the committee establishes a standard fee structure for all universities.